My mother was born Margaret Elizabeth Raghoonanan in Trinidad. She was named after Princess Margaret who visited the island on the year of her birth in 1955.

Her parents, Dolly and Sonny, were both sugarcane and rice farmers supporting a family of nine. In the early hours of the morning, my mother would tend to the farm animals, cook for the house and help raise her younger siblings.

My mother was born with a hereditary skin disorder, and upon regular hospital visits would observe the nurses in total admiration. Aged sixteen, a friend introduced her to the British Red Cross, where she began two years of first aid and basic nursing care. It was during this time she decided she wanted to become a nurse, and heard how reputable England was in providing first class medical training.

Mr Thompson, a white British medical doctor at the Texaco Oil Refinery, was renowned for helping the underprivileged, ailing and disabled. He saw my mother’s passion and potential and sent her to a children’s convalescent home, just behind San Fernando Hospital. Thrown in at the deep end, this was her first experience with patients.

She was given the opportunity to finally move to the UK and complete six months auxiliary training. Unfortunately for mum that meant she had to leave her family and childhood sweetheart behind to pursue her dreams.

The Red Cross provided mum with her first coat, and as she stepped off the plane at Heathrow she thought the whole world was going to end. Struggling to adjust to the icy breeze of her first ever winter, she couldn’t believe that this abysmal grey weather would be her new normal.

After six months training, she moved to Worthing & Southlands District School of Nursing where she became close friends with Vera, a Jamaican student, and Sally, a fellow Trinidadian. She was relieved to find other Caribbean nurses who had taken that leap of faith like her. It was also during this time she realised she had to work twice as hard. She found herself repeating the same menial jobs, whilst her white counterparts were able to prosper with more advanced jobs.

During nursing school she also found herself to be the brunt of the joke due to the food she cooked, and how she smelt of curry and garlic. Unfortunately on many occasions mum would encounter ignorant patients who rejected the care of a black nurse and refused to be touched by her black hands in the distress that something heinous may occur.

In 1976 mum completed her training and qualified as an SEN (State Enrolled Nurse). Whilst working full time with a toddler, mum completed her Nursing Degree at Canterbury Christ Church University. Over the years she continued to work across the A&E, ITU, Medicine, Surgery and Orthopaedic departments at the Queen Elizabeth Queen Margaret Hospital in Margate, William Harvey Hospital in Ashford, Canterbury Hospital and enjoyed teaching the students, auxiliaries and junior doctors. She particularly enjoyed teaching the foreign junior nurses, as they evoked a familiar determination.

In 2010, mum retired from her RGN position due to ill health, but took this time to build stronger relationships with her siblings whom she had left behind. Mum began visiting Trinidad more frequently and finally took time to enjoy her family and her roots. Fate visited mum’s life, and in 2019 she married the same childhood sweetheart she left behind more than 45 years ago, sharing time between the UK and the West Indies.

As a child I never understood why my mother was so strict, compared to my white friends’ parents. As I grew older I learnt this was both the Caribbean and immigrant parenting experience at its finest.

Mum worked long night shifts, kept our home immaculate, cared for me and slept an average of 5 hours a day. Dedicating her working life caring for others, mum’s true beauty lies in her desire to become educated, independent and forge her career within the NHS with upmost distinction. 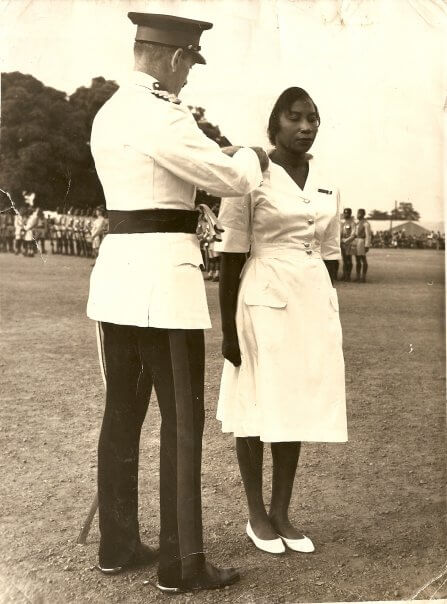 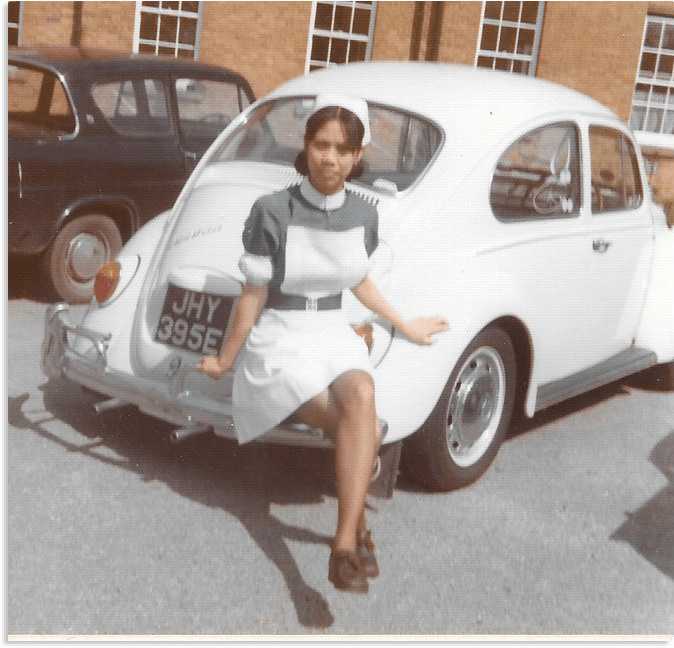 It was a multicultural environment at the home with nurses from Spain, Mauritius, Ireland, Jamaica, and Germany and we soon fitted in. 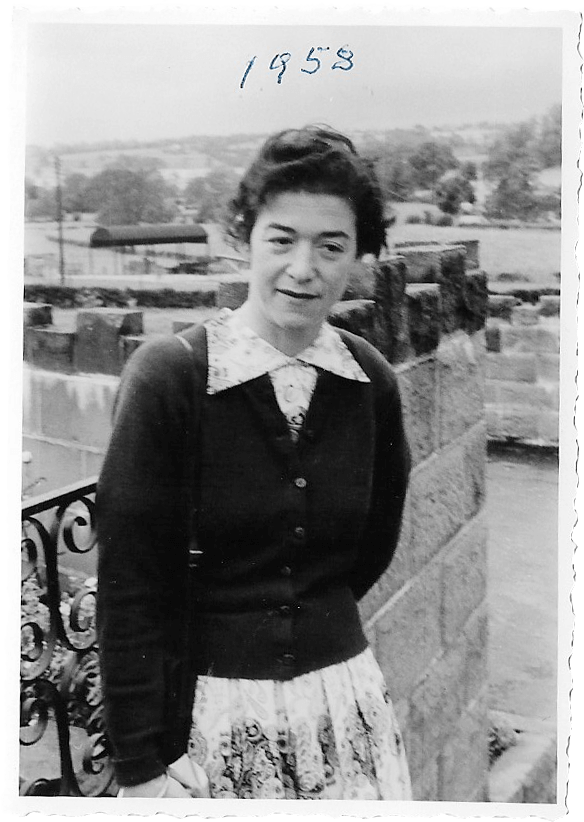 In 1938 with the situation deteriorating for Jewish people in Europe, my aunt Lotte was sent by her family from what was then Czechoslovakia to study as a nurse.

Prakash Sinha was an oncoplastic reconstructive cancer surgeon and the Medical Director of Princess Royal University Hospital and South Sites at the King’s College Hospital NHS Foundation Trust. He died in service at the age of 58 in October 2020.