Migrants have made contributions to healthcare in Britain long before the birth of the NHS. Here are some of the many medical migrants who have had a lasting impact on healthcare and medicine in this country over hundreds of years... 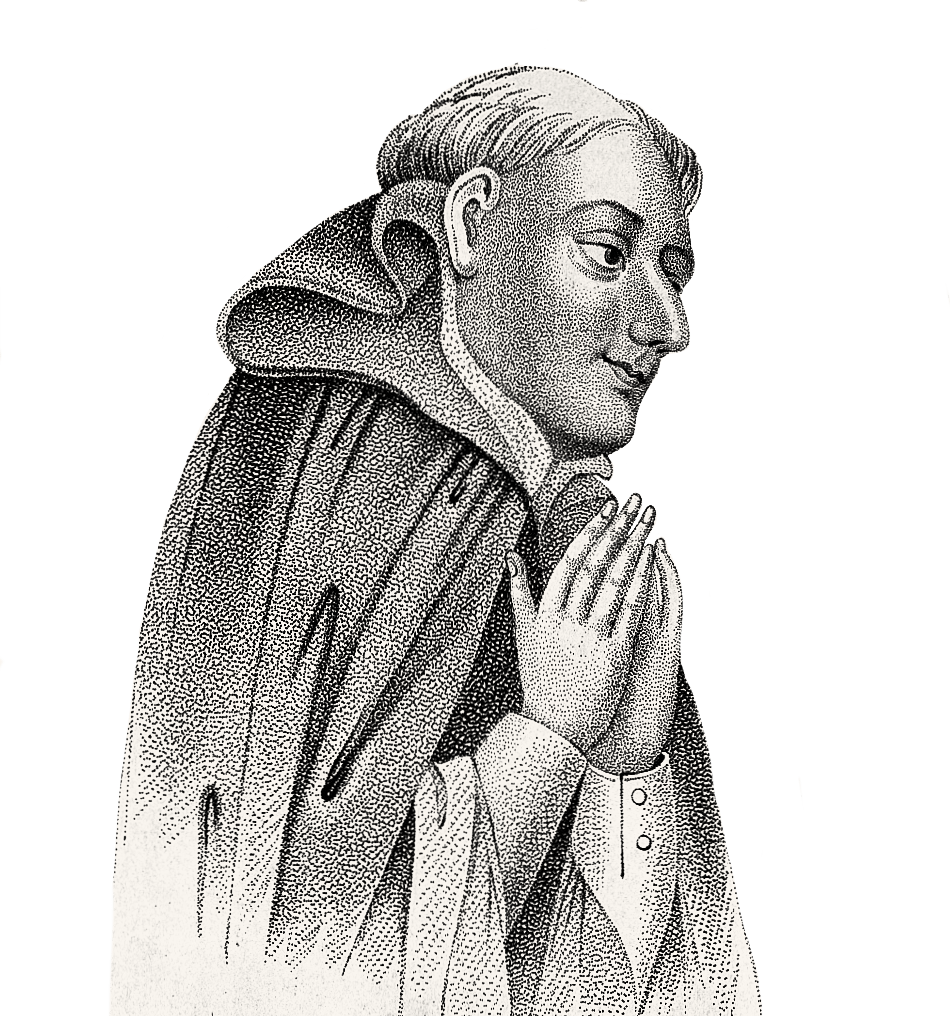 After having a vision while seriously ill in Rome, Anglo-Norman monk Rahere founded St Bartholomew’s Hospital in London in 1123 – the oldest continually operating hospital in England. 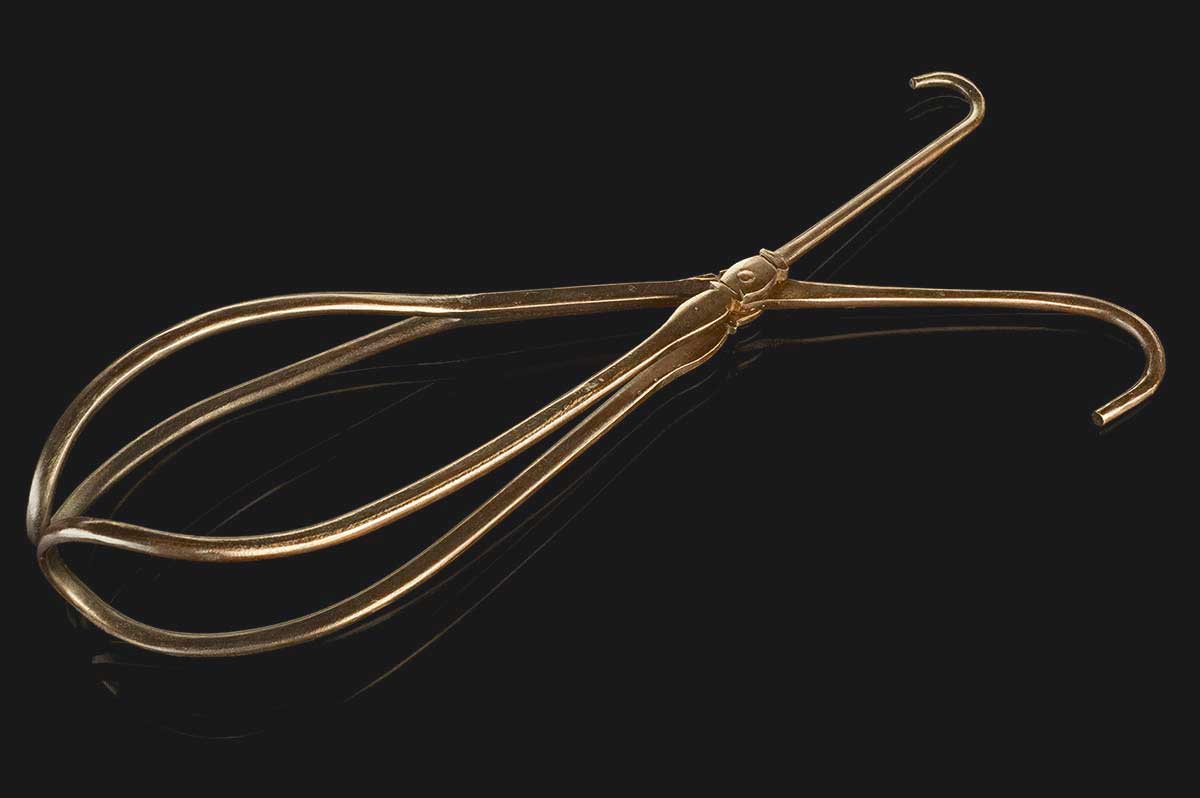 Fleeing religious persecution in France, Peter Chamberlen the Elder arrived in England in 1569, where he, his brother and nephew became key figures in midwifery. They are credited with the invention of the obstetric forceps. 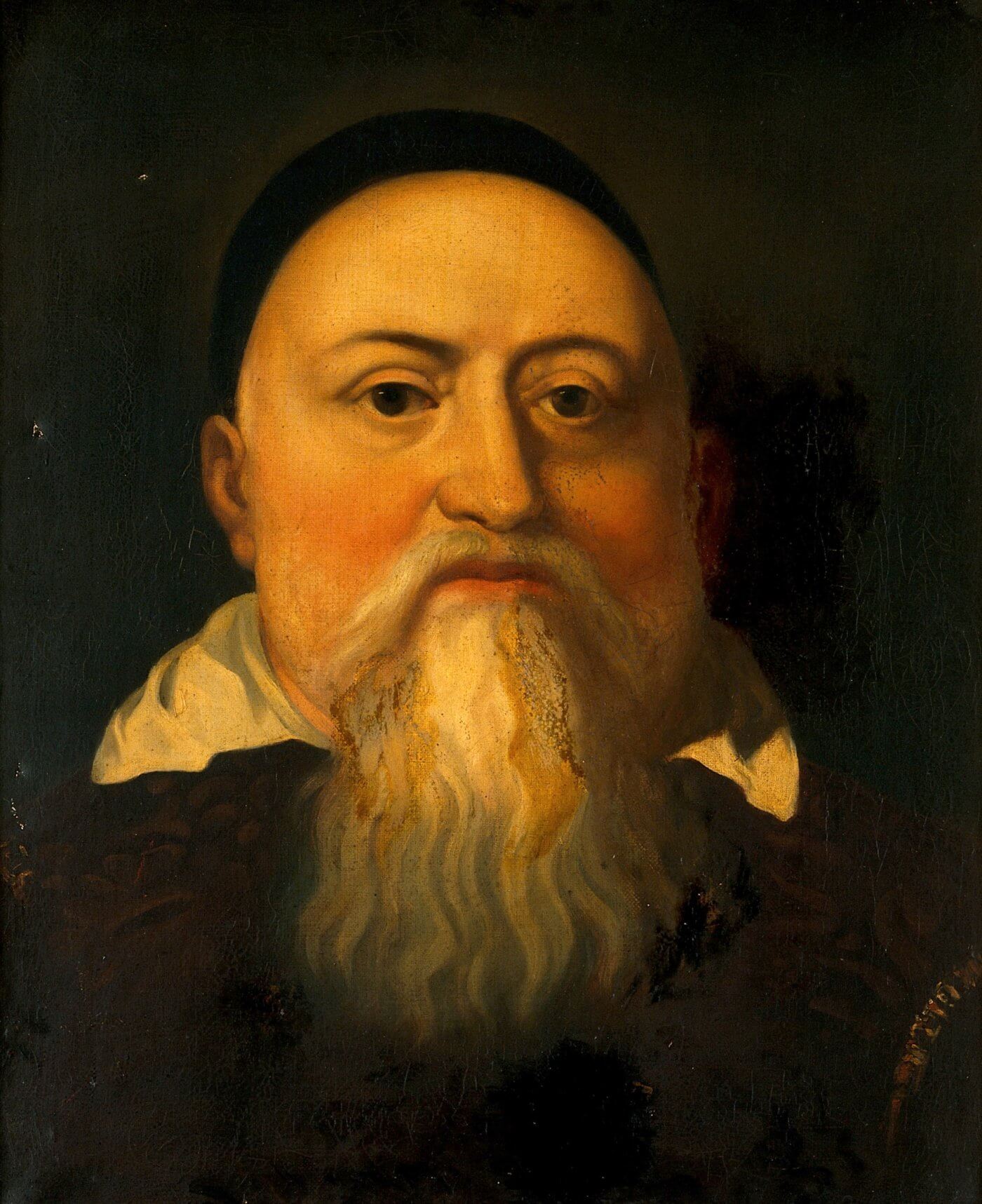 Genevan-born physician of Huguenot descent who was appointed physician to King James I in 1611. He was a champion of chemical remedies and is credited as being the first to put forward the idea of publicly-funded universal healthcare in England.

Founded in London in 1718 to provide care and accommodation for Huguenot refugees. Among the first hospitals to provide sympathetic care for the mentally ill. It moved to Rochester in 1959 and still provides support for Huguenot descendants and others. 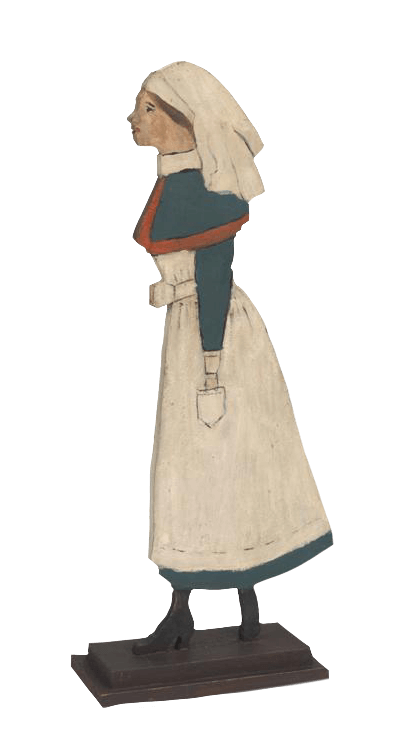 Irish nurses have worked in Britain ever since the development of nursing in Ireland in the early 1800s – in particular from the mid-19th-century onwards. 11% of registered Irish nurses were working in England, Wales, Scotland or Northern Ireland by 1939. 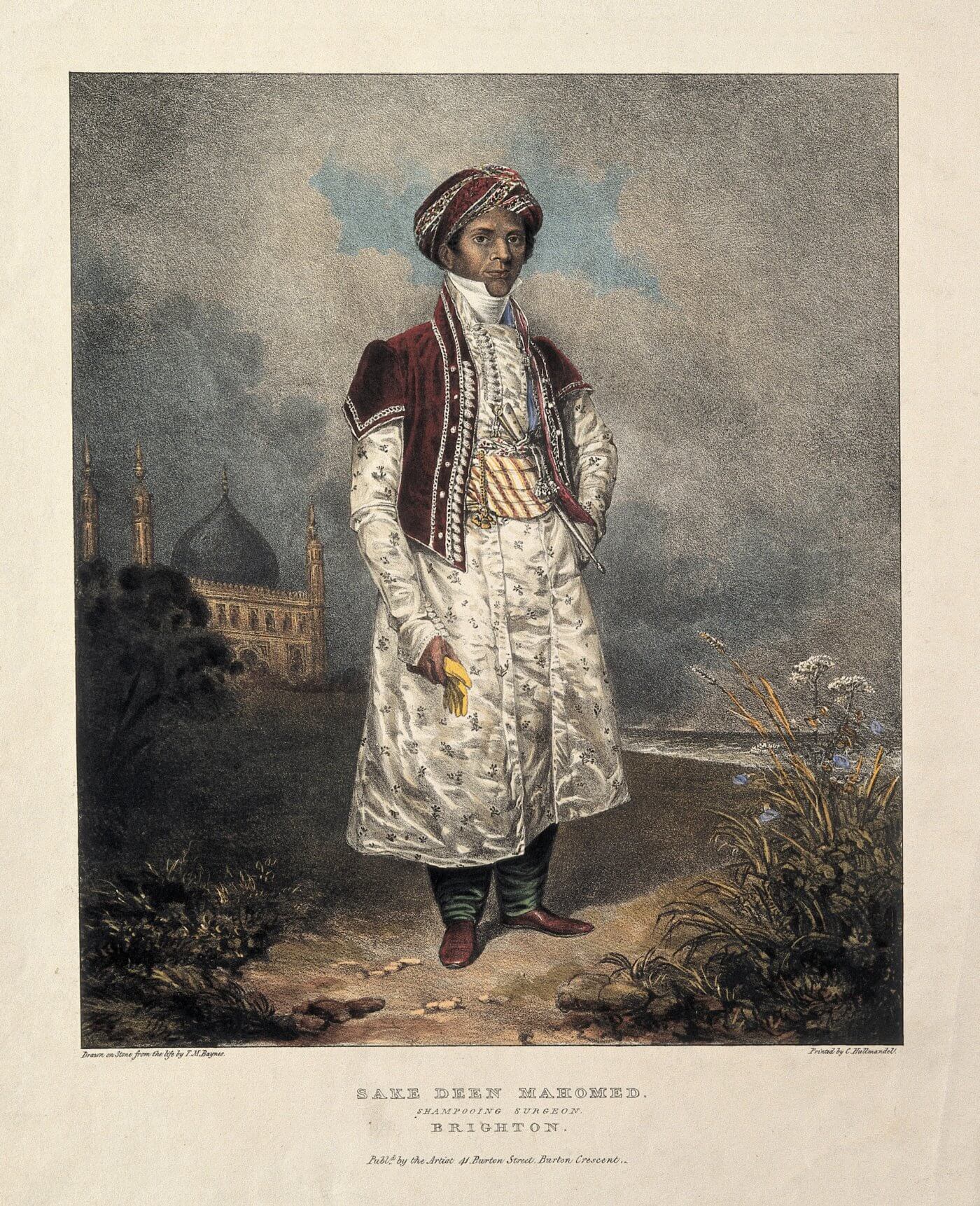 The first Indian to publish a book in English and to open an Indian restaurant in London. Nicknamed the 'Shampooing Surgeon' after offering massage treatments at his Brighton bathhouse, King George IV appointed him as official ‘shampooing surgeon’ in 1822.

Opened in 1845 to provide care for Germans, it became one of the best-equipped hospitals in the country. All staff were sent to an internment camp during World War II. It became part of the NHS before closing in 1987. 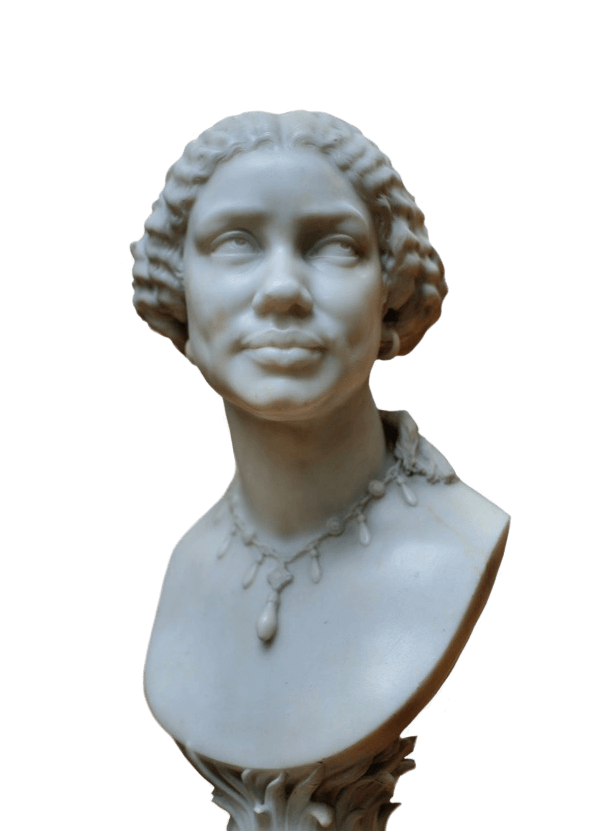 Born to a Jamaican mother and Scottish father, Seacole gained nursing skills from her mother and through her travels. During the Crimean War, she set up the British Hotel to care for soldiers. Widely credited with pioneering modern-day nursing techniques. 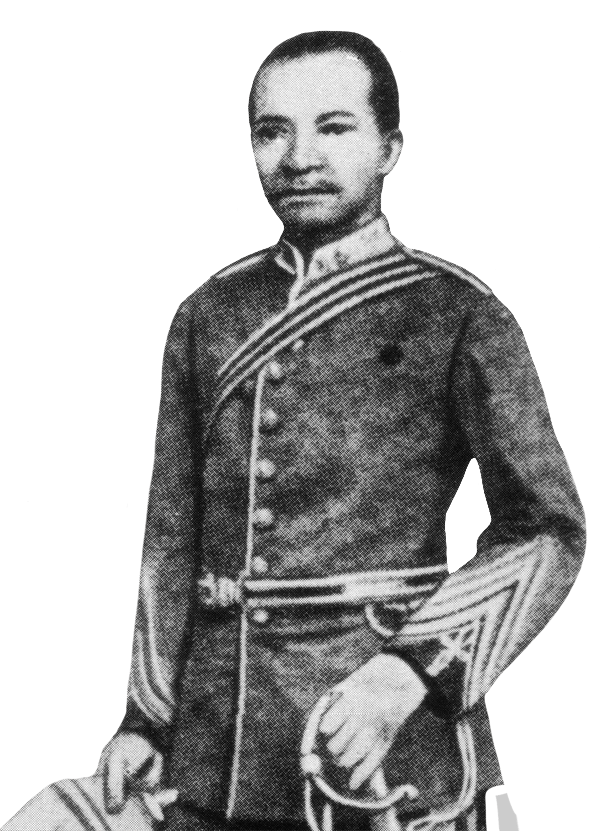 Born in Sierra Leone, Horton came to Britain in 1855 to study medicine at King's College London and Edinburgh University. Choosing the name 'Africanus' to represent pride in his heritage, he became a distinguished medical surgeon.

Born in Barbados, Davis came to Britain in 1866, training as a doctor at St Bartholomew's Hospital in London and in Aberdeen. He volunteered to help the sick during the Franco-Prussian War and died in France of smallpox in 1870.

Moved to the UK in 1880 from the United States and co-founded the pharmaceutical company Burroughs Wellcome & Co. He became a well-known entrepreneur and collected medical artefacts. Upon his death, the Wellcome Trust was created as a legacy. 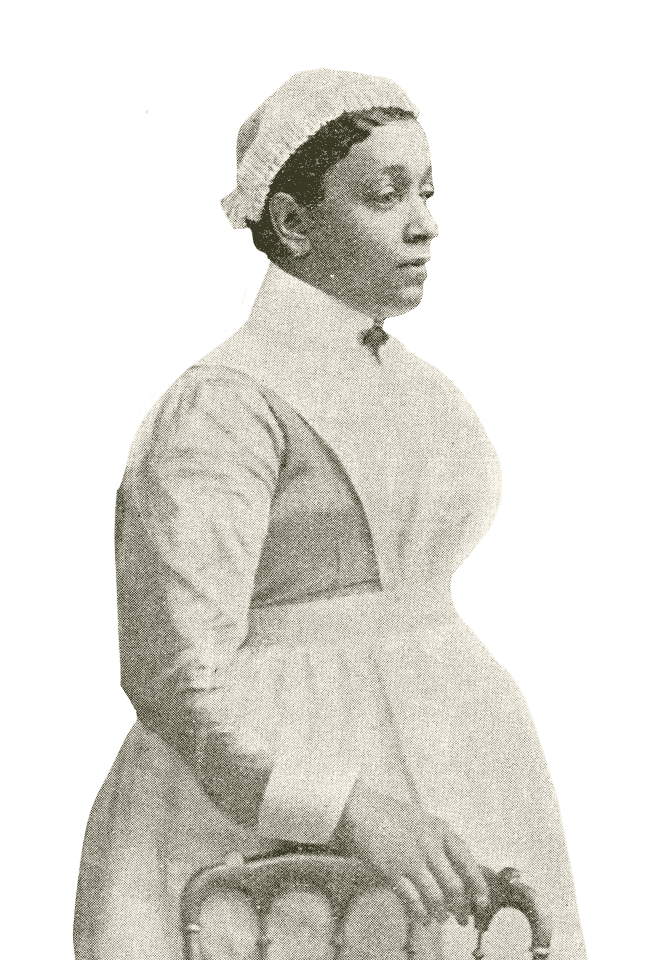 Brewster, also known as 'Nurse Ophthalmic', is one of the first black nurses recorded to have been working in London. Working at The London Hospital from 1881 to 1902, in 1888, she became nurse in charge of the Ophthalmic ward. 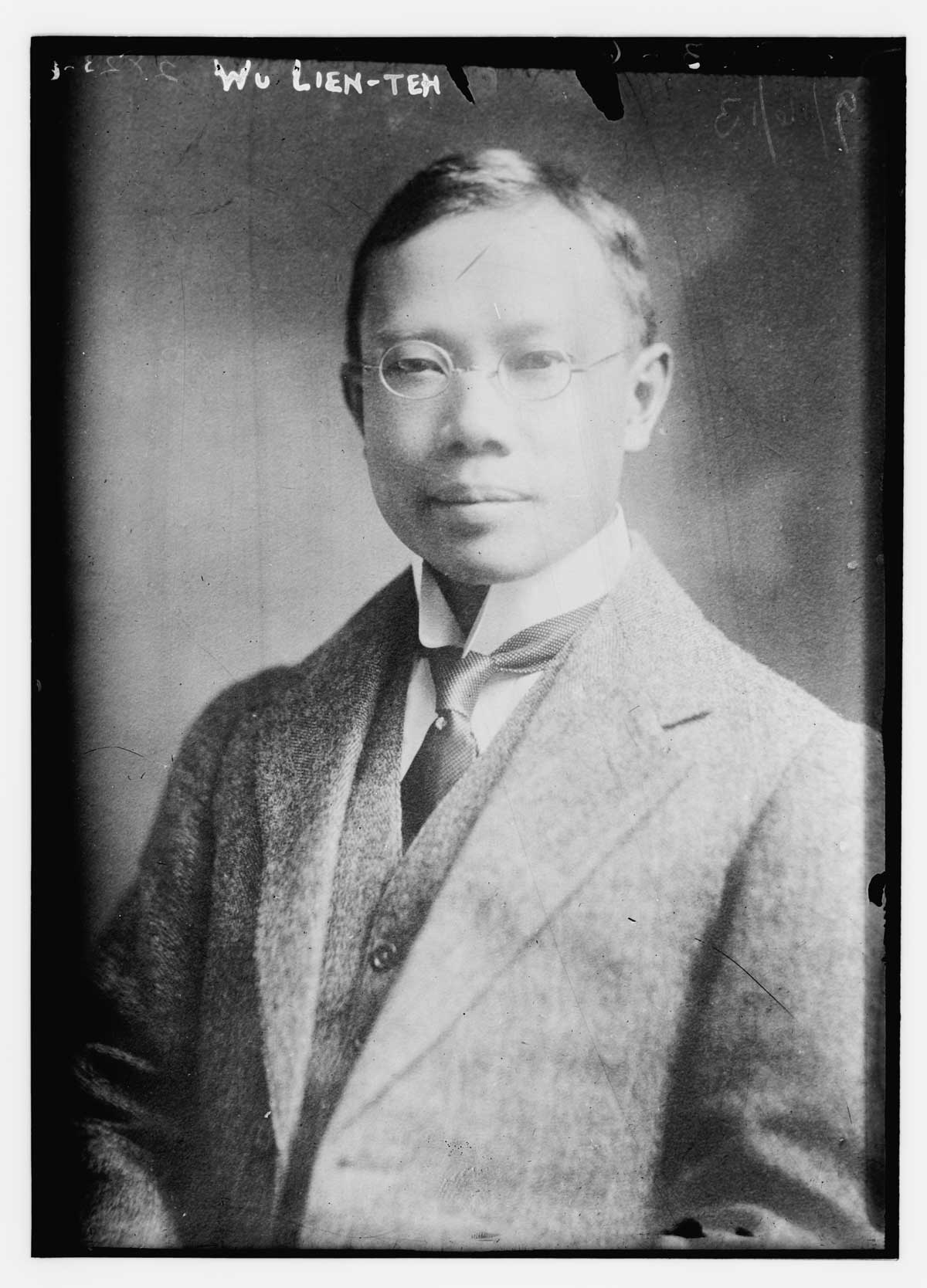 Born in Malaysia (formerly Malaya), in 1896 Wu became the first medical student of Chinese ethnicity to study at Cambridge. In 1907, he moved to China, where he pioneered modern anti-plague techniques, including wearing masks to contain the spread of airborne epidemics.

Credited with discovering the role of mosquitoes in transmitting malaria in 1897. Born in India and a doctor in the Indian Medical Service, Sir Ronald was the first Briton to receive the Nobel Peace Prize for Medicine in 1902. 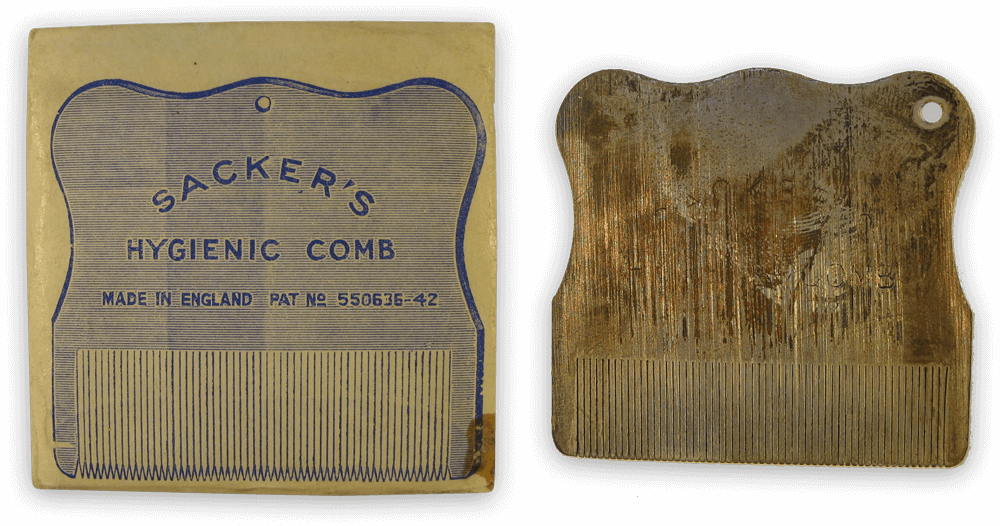 Credit: Bethlem Museum of the Mind

Born to a Jewish family in Russia in 1873, Sacker arrived in England between 1903 and 1906 and worked as a hairdresser. He co-founded Sacker's Hygienic Comb and Toilet Supply Company and patented an innovative nit-comb made of non-flexible material. 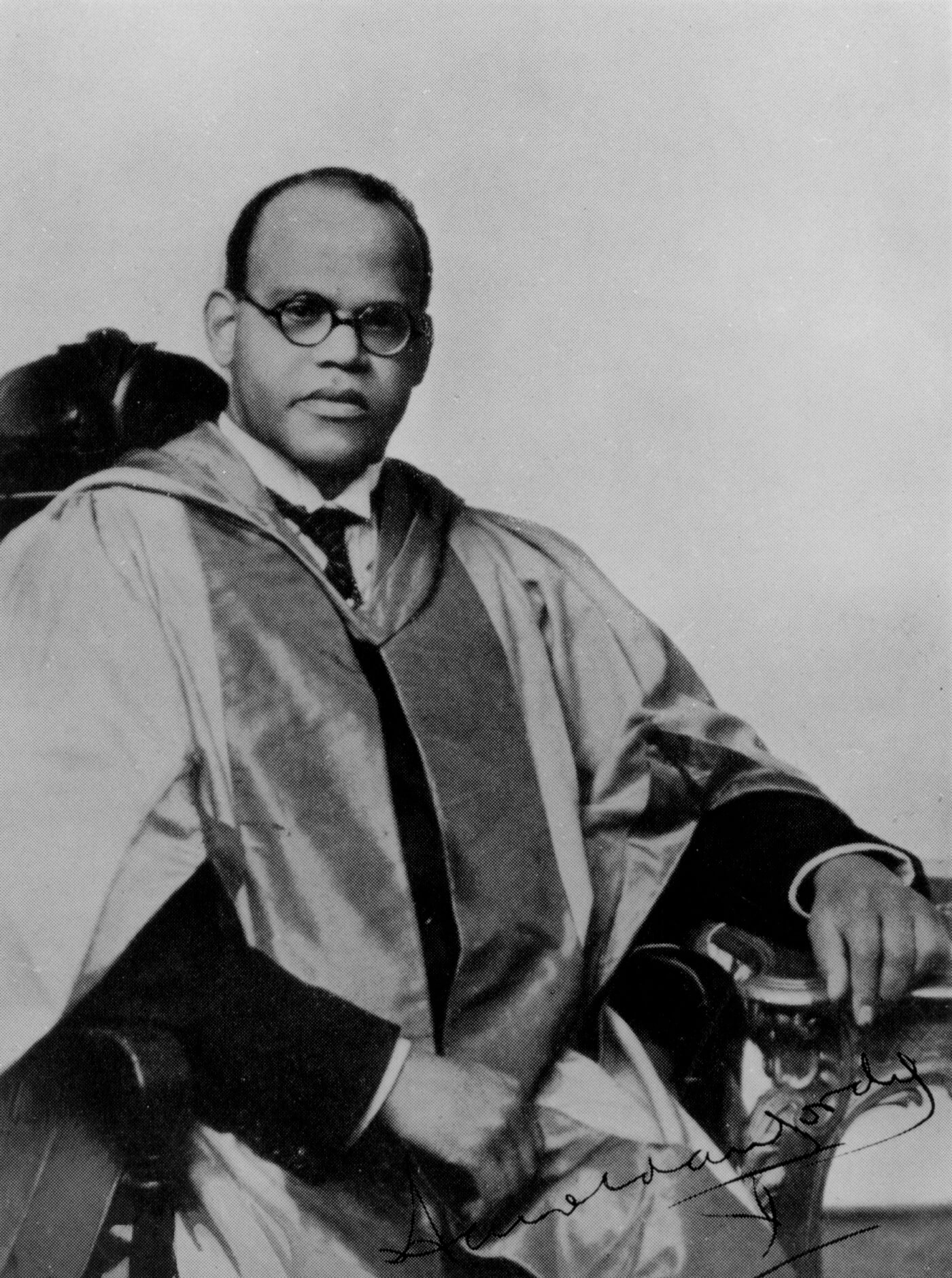 A Jamaican-born physician who studied medicine at King's College London and graduated top of his class in 1910. He set up a medical practice in Peckham and was a life-long anti-racism campaigner, founding the League of Coloured Peoples in 1931.

Born in Sydney, Australia in 1858, Dame Maud McCarthy became Matron-in-Chief of the British armies in France during the First World War in 1915. She was made a Dame of the British Empire in 1918. 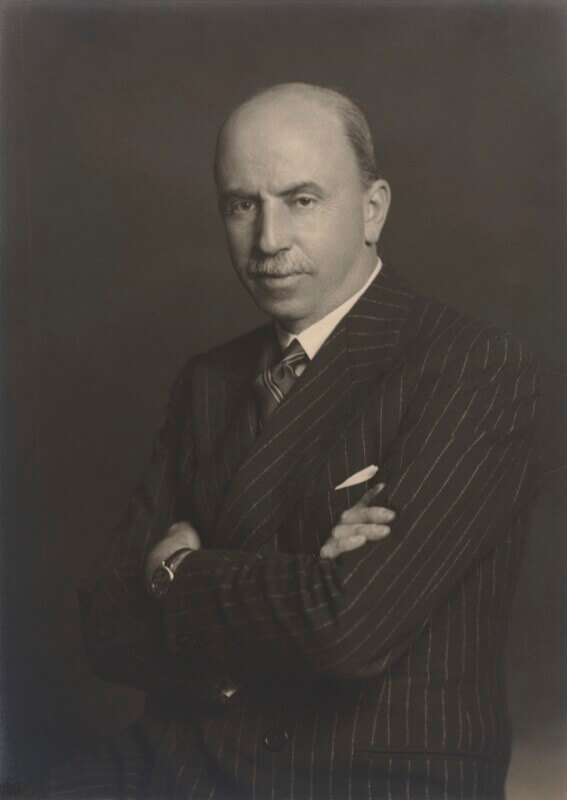 New Zealander known as the 'founder of modern plastic surgery'. Sir Harold developed new approaches to facial reconstructive surgery during the First World War. His influential book, Plastic Surgery of the Face, was published in 1920.

Gulati retrained after moving to England because his Indian medical qualifications were not recognised. In 1926, he set up his own medical practice in the face of racial discrimination. He helped to found ‘Meals on Wheels’ and became a politician. 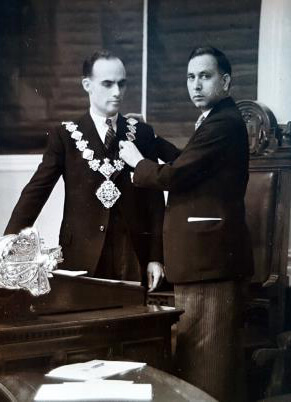 Born in the Punjab, Katial moved to England in 1927 and established his own practice in 1929. In 1938, he became Britain’s first South Asian mayor and founded the Finsbury Health Centre, providing a range of patient services under one roof. 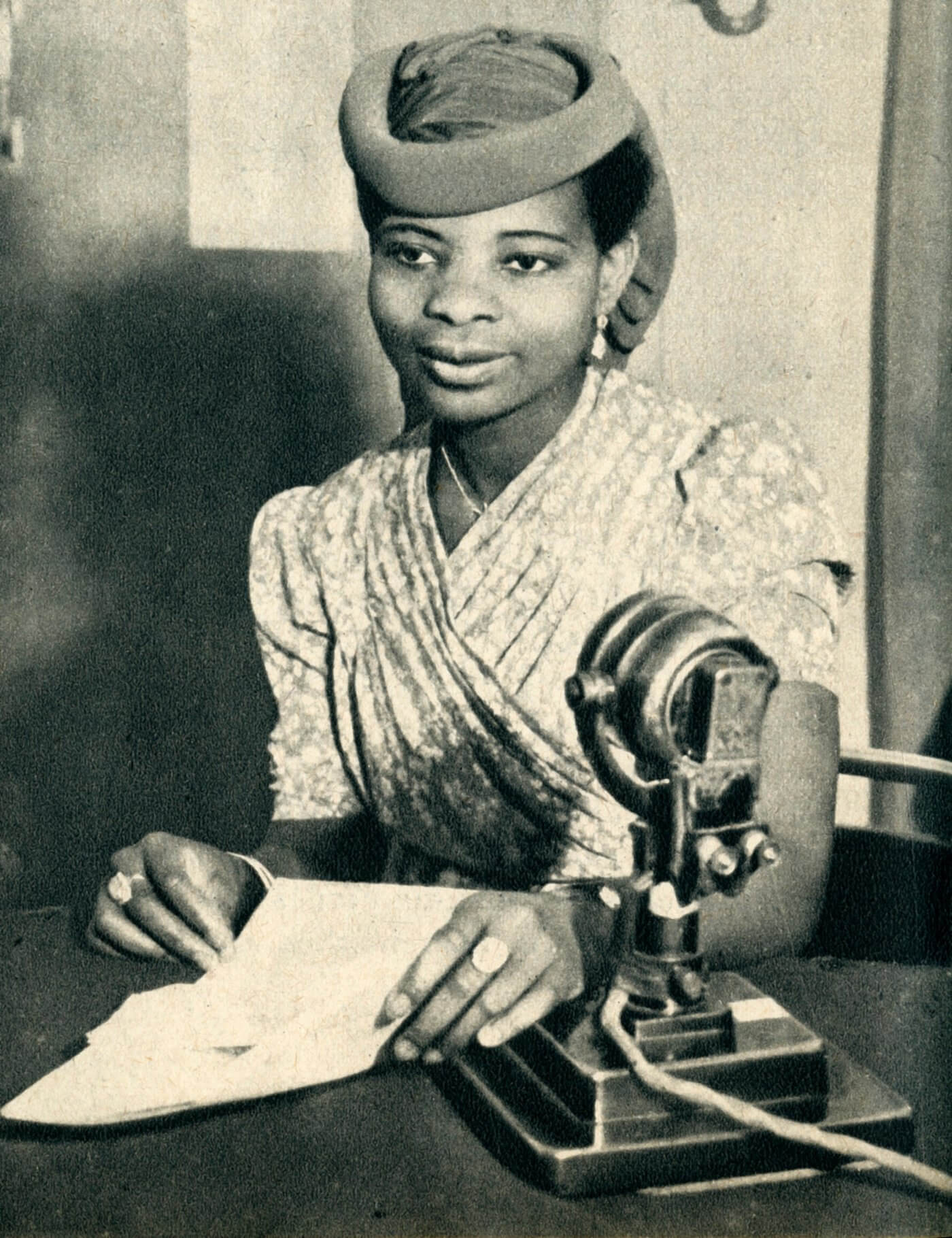 Adenrele Ademola was a Nigerian princess who came to Britain in 1935 to study, before embarking on a career in nursing. She attended various royal events and starred in a promotional film screened across West Africa in the 1940s. 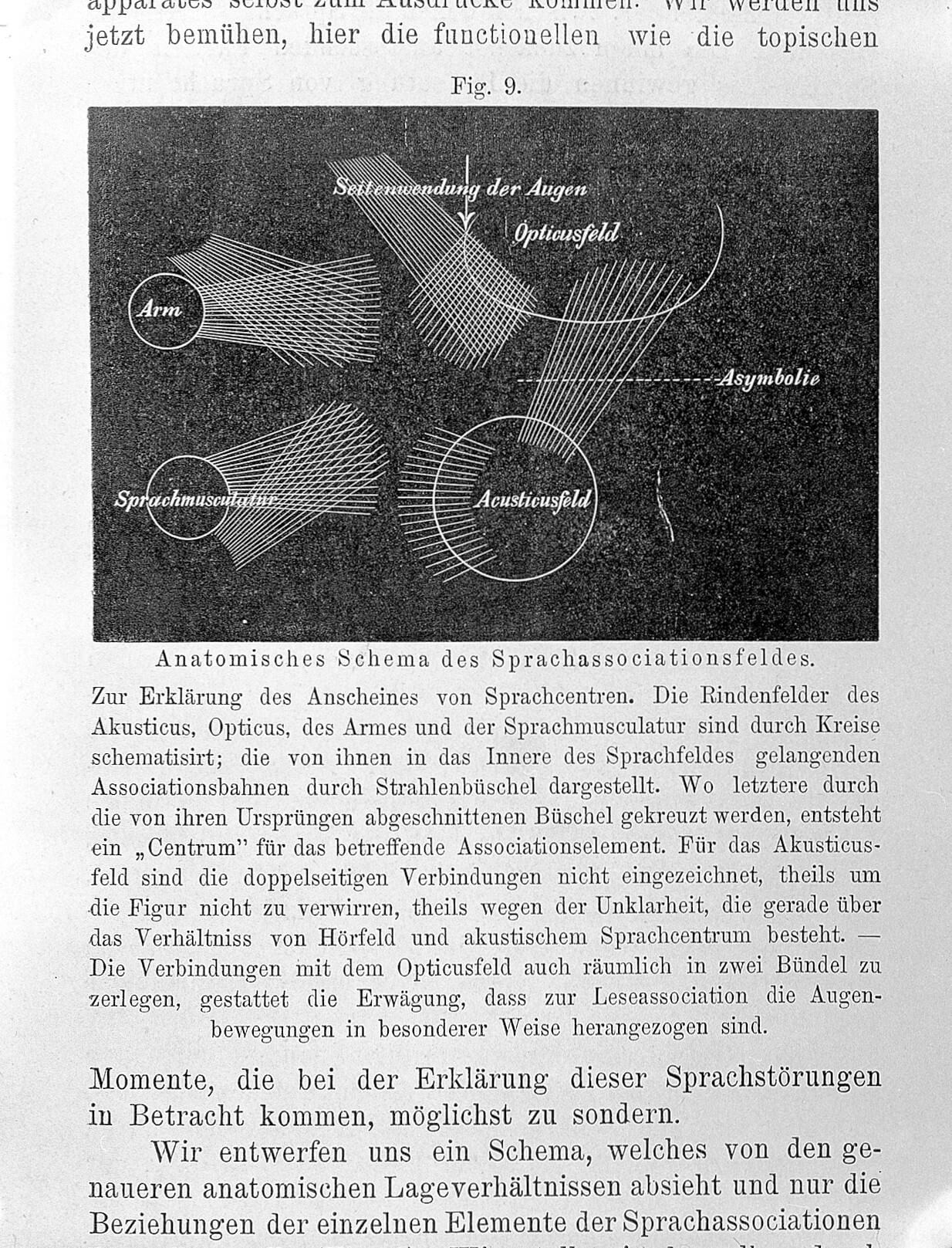 Founder of the highly influential theory of psychoanalysis. Born to Jewish parents, when Austria was annexed by the Nazis in 1938 he fled to London with his family and died the following year. 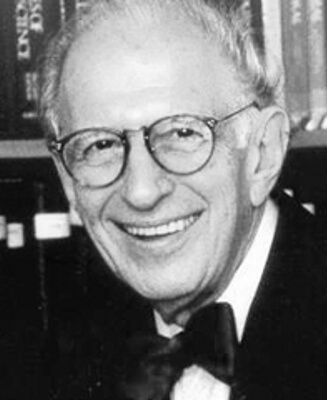 Balint, a psychoanalyst, was born in Budapest in 1896. He arrived in Manchester as a refugee in 1939. His career included significant work on the doctor-patient relationship and he was made president of the British Psychoanalytical Society in 1968. 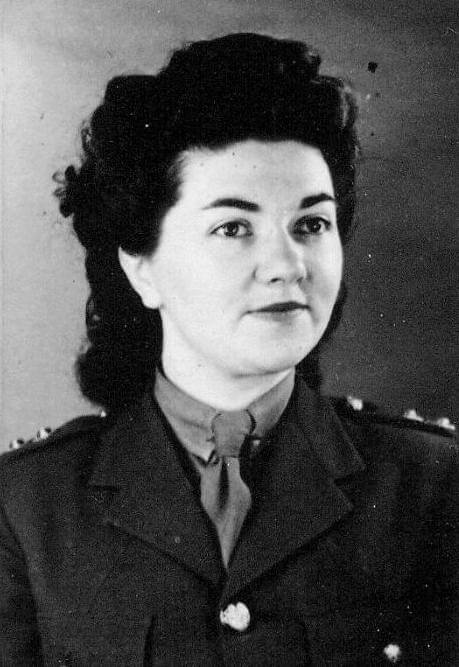 Credit: Mary Morris (my Grandmother, now deceased), self picture from a photobooth or similar, 1946 / CC BY-SA

Morris came to England from Ireland in 1939, training as a nurse at Guy's Hospital in London. Throughout the Second World War, she nursed a range of people from civilian Blitz victims to German prisoners of war. 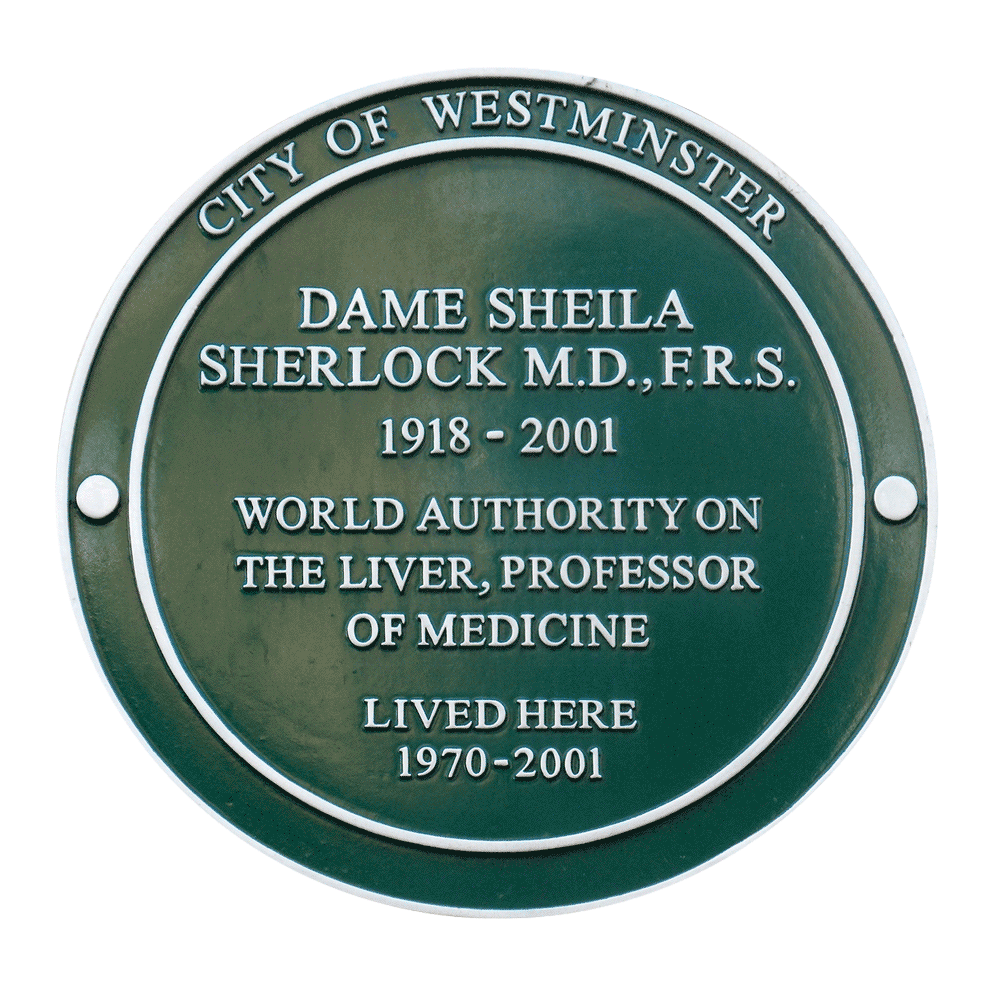 Born in Dublin, Sherlock graduated from medical school in Edinburgh in 1941. The lead figure in the establishment of the field of Hepatology, she was the youngest woman to be made a fellow of the Royal College of Physicians in 1951.

Berlin-born Glatt escaped the Nazis by fleeing to Britain in 1940. He was interned as an enemy alien and shipped to Australia, only allowed to settle in England in 1942. He pioneered treatment for alcohol and drug addiction.